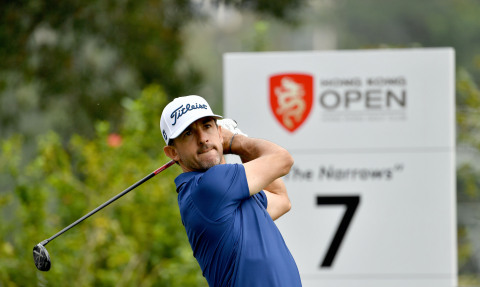 At Sunday’s final, Wade Ormsby from Australia clinched the championship title for the second time, marking the conclusion of this year’s Open, which is one of the region’s most prestigious golf titles and Hong Kong’s longest-standing professional sporting event. Ormsby overcame formidable competition to win the crown. Hailing from all over the world, his rivals included major champion Shane Lowry from Ireland, American power-driver Tony Finau, and SMBC Singapore Open winner Jazz Janewattananond from Thailand, alongside former Hong Kong Open champions, Sam Brazel (2016) and Scott Hend (2014), as well as cohort of players from Asia, including the Philippines’ Angelo Que, India’s C.S.P. Chawrasia, Korea’s Hosung Choi, and Japan’s Shinichi Mizuno.

“We are pleased with our decision to proceed with the 61st edition of Hong Kong Open,” said William Doo, Jr., Captain of Hong Kong Golf Club. “The success of this event underlines our commitment and that of the Hong Kong Golf Association to the ongoing development of the game locally and internationally. The atmosphere created by the fans and players from around the world made this tournament one of the most exciting on the international golfing calendar. We look forward to seeing everyone at our next tournament in Hong Kong!”

“We’d like to extend our warmest congratulations to Ormsby and the many other competitors who poured their hearts onto the greens. It’s also my privilege to thank the Hong Kong Golf Club and the Hong Kong Golf Association for hosting this exceptional international tournament, which is a curtain raiser for the Asian Golf Tour,” said Dr Y. K. Pang, Chairman of the Hong Kong Tourism Board.

“Once again, we’re delighted with the turnout of world-class talent at the Open. Showcasing the pursuit of excellence in full swing, the event’s success is a triumph for the athletes, for the sport and for Hong Kong. As open and welcoming as ever, our resilient city continues to lead as the Events Capital of Asia, offering a rich and diverse tapestry of international events and countless attractions for visitors of all types.”